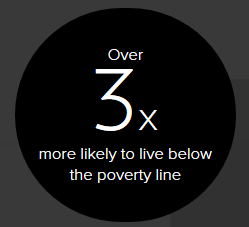 Grew up in: West Garfield Park

I grew up in the K-Town area, Kenneth and Lexington. One time, when I was younger, somebody got shot in front of my house and wound up dying in my hallway. He was standing out in front with my cousin and the person walked up, shot him, and he made it up the stairs into the hallway. And then he fell in the hallway and passed.

I was eight and it molded what I am, so I know how to avoid danger. Like if you see somebody approaching you that looks suspicious, don’t tense up and try to get away from them. You just keep calm and walk past them and they won’t really bother you. But if you tense up, you try to grab all of your stuff, that’s when they’re going to bother you because they’re like, “Oh why is she scared?”

My parents drive buses and garbage trucks. I want to have my own hair shop and beauty supply store, so I want to go to college for business and entrepreneurship and cosmetology. I hope to be someone who can create jobs.

I think the West Side needs more jobs in the community. If we have more jobs, there will be less people out on the corner and less homeless.

I see homeless people on the streets. I like to help feed them and give them money when I can. But most of the time I really can’t, because I really don’t have stuff to give.

I like Super Chi-Chis, they make jerk food. In my neighborhood, we have stores and parks. It’s just how people use it. They wear the parks down or they steal from the stores. That makes them want to take the parks out or it makes the stores go out of business.

My best friend started her own clothes line. She has people that help her sell it and stuff like that. She’s providing jobs at a young age. She pays them and she gets help from people. It’s like five or six people she gets to help sell her product. She turns 18 in March.

If you actually come out here and visit and see, it won’t be like, “Oh, it’s all guns and drugs.” I’ve been here my whole 18 years of my life and I’ve never really been subjected to that type of thing. I love everything here—how you can just go out on the street and find anything. You go down Madison, you can find record stores, restaurants. You can basically find anything in the city. You would be amazed at what you can find when you look into it.

This report was supported by a fellowship from the Dart Center for Journalism and Trauma at Columbia Journalism School. 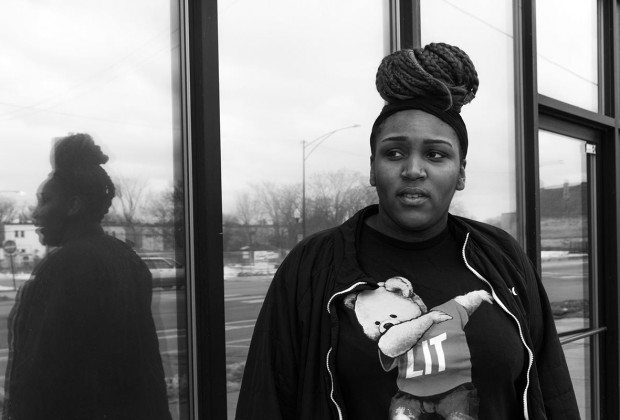